Breaking Out of the Non-Profit Industrial Complex

Originally published at: Breaking Out of the Non-Profit Industrial Complex - Sociocracy For All

Sociocracy as a Way To Deepen Organizational Democracy 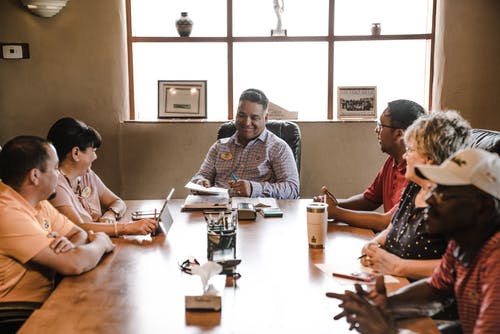 Before the middle of the twentieth century, U.S. civic life was dominated by membership-led organizations: groups that might be political, social, charitable, or religious, but that were fundamentally participatory and member-driven. Since the 1950s and 1960s, non-profits have become “professionalized”—staffed by sophisticated managers, reliant on grants and donations to function, and often led by small, self-perpetuating Boards of Directors that tend to rubber-stamp the decisions of that sophisticated managerial leadership. Just as that professionalized model came to dominate non-profit organizations in general, it also became the dominant model for social justice non-profits—both advocacy groups that do progressive lobbying and litigation and grassroots groups that fight for change through community organizing and neighborhood-level advocacy.

Struggling with the Non-profit Industrial Complex

In the early twenty-first century, many activists have come to view the model that emerged over the last fifty years as a serious problem. Describing this professionalized organizing model and the funding that supports it as the “non-profit industrial complex,” they argue that this approach ultimately works against social change movements: (1) these non-profits’ corporate structures necessitate leadership by full-time, professional staff, which leads to a need for grant funding that rewards depoliticized service provision and disfavors mass mobilization, civil disobedience, and support for issues that could be controversial for the donor class; (2) their reliance on foundation funding forces organizations to shift their attention and resources from organizing for social change to appeasing grantors and compliance; (3) their need for professional staff tends to minimize the control and participation of the people with the most at stake in their missions, often low-income people and people of color; and (4) their reliance on 501(c)(3) status props up the legitimacy of foundations that were created to shield billions of dollars of inherited wealth from taxation, not primarily for any social good.

Sociocracy as a Tool for Activist Non-profits

See this video presentation for more on non-profit law and sociocracy.

One way that activists are fighting against the non-profit industrial complex is by looking to new organizational models that promote broad participation and equity in decision-making, moving away from the hierarchy that is central to the professionalized non-profit model, including through non-profit models that use sociocracy. Sociocracy provides tools for members of activist groups to engage with one another as co-equals participants in a group while still enjoying the benefits of non-profit status–ease of opening a bank account or signing a contract or lease, limits of members’ liability, ability to attract grants and donations–that can be hard for unincorporated groups.

The use of sociocracy by activist non-profits can increase volunteer participation, deepen organizational democracy, allow groups to collaborate more closely with social movements, and promotes accountability among and between organizational members and other stakeholders.

The article The New Activist Non-Profits: Four Models Breaking from the Non-Profit Industrial Complex describes models for activist non-profits, including sociocracy among other, related approaches. It points out some of the legal constraints such groups face and suggests best practices for these groups and their lawyers.

Michael Haber is a law professor at Hofstra Law School in New York, as well as a member of SoFA’s Bylaws Circle. Michael published the article cited above in the University of Miami Law Review in 2019, downloadable here. 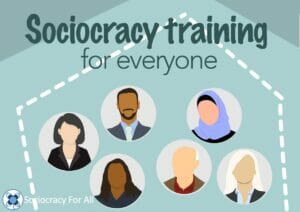 Sociocracy training for all levels