Have you tried the three meetings? How did it work?

I’m curious to hear what experiences you’ve made with the book overall. Did you use it? What were your experiences? 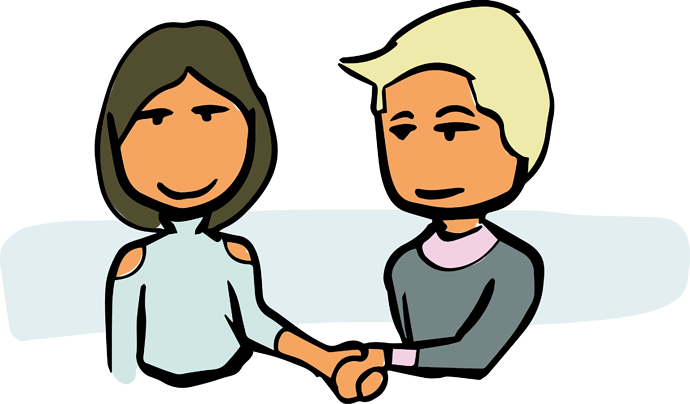 I am forming a distributed cooperative following the methodology described in WDWD.
Last week we had our first foundational meeting (facilitated by someone with sociocratic experience in a group with very basic knowledge). Here some observations of the agenda process (in this 1rst meeting):

The facilitator decided to ‘break’ the proposed structure twice.

The first time, because when she explained the consent she ended up also explaining what the rounds were. So in asking for consent to ‘choose consent as a model for decision making’ she also asked for consent to do so by rounds. That is, together both decisions in the same process.

The second time, she chose to merge the question of ‘Experience with regard to the aim’ and the one of ‘getting to know each other’ in the same round (so that each person touched both points).

The meeting lasted 1: 30hrs (by agreement of the group), so perhaps the changes were due to ‘having to speed up the pace’, but I think that in part by merging the ‘what do you contribute’ with the ‘what motivates you’ it softens a bit the need to try to impress the rest of the group (with your experience).

Overall the conversation was deep and very inspiring. It definitely helped to create connection between people who did not know each other. Being a group of 8 people, I think our rounds will take a little longer and we will touch few items per meeting.

So far, very happy with the results.

Oh this sounds sweet, and I think the changes are totally within the realm of what seems appropriate. I tried to describe an ideal state, step by step, but this would have worked for me.
Lumping together ‘Experience with regard to the aim’ and ‘getting to know each other’ can lose information because people might not share as deeply when focused on the aim but I guess it worked out! Yay!

I share the experience of the second founding meeting. (1:30hrs)

We’re restarting a circle within Youth Power Coalition, an organization that is already sociocratic.

Meeting #1: What I Planned and What Actually Happened

1.5 hours instead of 2 hours
What I Planned: We’re a youth-led multigenerational organization of volunteers so we all meet after a full day of school or work. By then we’re zoomed out and want shorter meetings + time to get to dinner.

What Actually Happened: I think we’ll make the next meeting even shorter!

Moving Defining founding members to Meeting #3
What I Planned: We have 7 people attending the first meeting. Four are completely new to Youth Power Coalition (this is their first-ever meeting) and one is just exploring the circle but not committed to joining yet. I’d like people to have more time to experience what being part of Youth Power Coalition would feel like and for us to get to know one another before doing any consent decisions on membership.

What Actually Happened: This was definitely the right call because we’re still getting to know each other and trying to figure out what our governance structure could actually be. I’m not interested in defining founding members until after we’re clearer on the actual circle structure and roles.

Removing Commitment to consent and Commitment to rounds as distinct agenda items
What I Planned: We already have a practice of consenting to meeting agreements at the beginning of every Youth Power Coalition meeting. Our default meeting agreements include making decisions by consent and speaking in rounds. In other words, these decisions have been bulk consented to by the whole organization so I decided not to do it as separate agenda items.

What Actually Happened: I’m so glad that we’re already a sociocratic organization. It makes everything so much easier. In the meeting evaluation, people new to YPC said that they were really happy that everyone was open, actively participating, transparent, and respectful, that everyone feels responsible. Consent and rounds for the win!

Changed Decision about the aim to Exploring the aim
What I Planned: Because we haven’t consented to membership, we cannot consent to the aim. Instead, I’m presenting the aims of the circle as decided by its previous iteration for people to explore. We’ll decide on the aim in Meeting #3.

What Actually Happened: This was the right call. One person proposed a change to one of the aims and we put it in the backlog instead of discussing it right then and there. Because we weren’t expecting to decide on the aim, we’ll be able to explore it more leisurely as we continue to work together.

Moved Geeting to know each other to right after Consent to agenda
What I Planned: It made more sense to me for us to do deeper introductions at the beginning in order for us to build more trust before getting into the work. We’re very relationship-centric at Youth Power Coalition.

What Actually Happened: This worked really well. In the meeting evaluation, someone said that this open-ended agenda item was something that they really appreciated.

What Actually Happened: We still needed to use Meeting #1 to find the next meeting time. It wasn’t worth it to try to figure out when people were available beforehand.

What Actually Happened: WOW. Did not expect this but we went through Meeting #1 AND Meeting #2 in 1.25 hours. I’m so glad that I had already prepped Meeting #2 ahead of time thanks to Who Decides Who Decides because then I was able to just pull everything forward in the moment. Here’s what we changed about Meeting #2.

Having an infrastructure and communication practices policy ready to go
Youth Power Coalition already has a robust Internal Communication process (see What internal communications platforms do we use and for what?) so this was quick. I just shared the policy with our new to YPC members and said if you have any questions, contact me.

Having a priority list ready to go
I already had a proposal for our circle’s top three priorities. Participants in the meeting agreed to this very quickly so we moved straight into gathering items for the backlog. The way we gathered these items was to ask: “What questions need to be answered for us to be able to meet these priorities?”

We naturally created sub-circles based on the priorities
As we gathered items for the backlog, it became clear that some people were interested in some priorities but not others. As a result, we ended up deciding that people interested in one specific priority meet first to make progress on it before the full circle meets again.

As we gathered items for the backlog, it became clear that some people were interested in some priorities but not others. As a result, we ended up deciding that people interested in one specific priority meet first to make progress on it before the full circle meets again.

Awesome! It’s so satisfying when things fall into place like that.