We Are the Other

This article about otherness is part I of the series “Hints Towards a Liberation Sociocracy”. Read part II: ‘Power’.

“It was the word that came first…
That which the first gods spoke,
the oldest of them all,
the ones who gave birth to the world…“

Since time immemorial, people have sat around the fire to look at each other’s faces and to circulate the word to tell stories, to narrate the world and thus name it, signify it and, therefore, build it. It is in this space of dialogue – through words – that we weave culture: the intersubjective reality in which we find ourselves situated as subjects. It is also here, at the campfire, where we deliberate together to generate the agreements that will govern our world, giving it shape and meaning. Therefore, sitting in a circle to share the word is the political act par excellence. 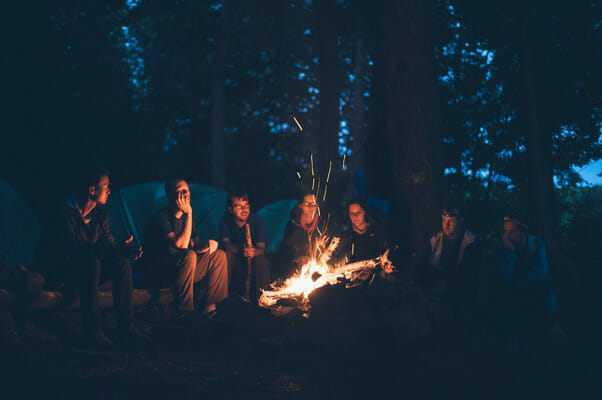 The circle is a collective embrace. It is, literally, an embodiment (as a performative act of praxis) of our interdependence: the crystallization of a social body as a unitary whole. It represents our gregarious nature as a species in the crudest and most explicit way. It is an embrace in which each one transcends their “I” to form the “we“.

To form the circle, the snake bites its own tail: we are all the same in that we are all different. Each member is a different point that traces the line to delimit the circle, all converging in the same horizontal plane. This is the central sociocratic notion of “equivalence” (as distinct from “equity” or “equality”): our meeting point is otherness itself. The richness of the encounter lies in our difference.

In our intersubjective reality, inviting someone to sit in the circle, offering them a turn in the round, and listening to what they have to say is the most forceful and genuine way to validate their existence. To say “speak your word, we’ll listen to you”, is to say “you matter”, “we care about you”, “we see you”, “we recognize you”. The Other transcends its mere quality of otherness when it is subsumed by the political community of the circle to become part of the “we” and thus come into existence, to become a subject. 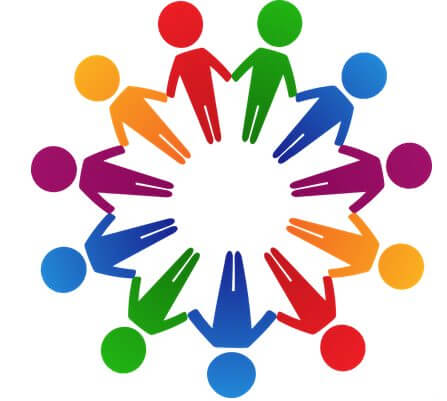 This “ontology of collectivity” has been notably embodied by the peoples of Southern Africa in their philosophy of Ubuntu, which we could paraphrase as “I am, insofar as we are.” Let us emphasize its existential quality: there is no subject (“I”) without community (“we”). Just as a tree that falls in an empty forest makes no noise because there is no one to hear it, the “I” could not be “I” if there is no collectivity that recognizes it as such. My quality of being is necessarily derived from a recognition by the Other or, rather, by the we.

It is with all this political-philosophical weight that we see the sociocratic commitment to consent as a radical commitment to care and nonviolence: to assume the Other’s concern as one’s own is a revolutionary act. To embrace the voice of the Other is to embrace their needs and their being in its completeness.

In a world where debate (as violent use of the word) is one of the main ways of affirming hierarchies of oppressors and oppressed, listening to understand (and not to respond) is a worthy act of rebellion, a modest but genuine attempt to embody the world we want to live in: one in which every voice is heard and none is ignored in the satisfaction of our needs.

We know that other worlds are possible. Not only that, but in fact they already exist and, what is more, they are encountering eachother, interweaving and transforming themselves through dialogue, through the shared word.