The liberating effect of “good enough for now” In sociocracy, a group decision is made when no decision maker for the decision has an objection. Objections are reasoned statements of what can go wrong when the decision is approved, and it defines “going wrong” as harming the aim or purpose of the group. The slogan for that is that a proposal is good enough for now and safe enough to try. 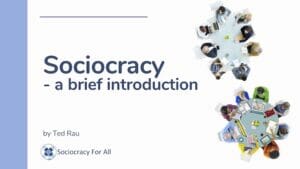 Learn more on the resource page

The idea of consent is that it is inclusive of every team member’s needs since no one’s objection can be ignored. The idea of consent is also that it is efficient because we don’t try to make everyone happy by talking until everyone‘s ideas are perfectly captured in the proposal. Instead, we move forward when we’ve made sure there is no harmful side-effect. On a pragmatic level, this is straightforward. Yet, to me, a whole world has opened up in using consent decision making that goes way beyond mere integration of inclusion and efficiency.

Safe enough to try in an uncertain world 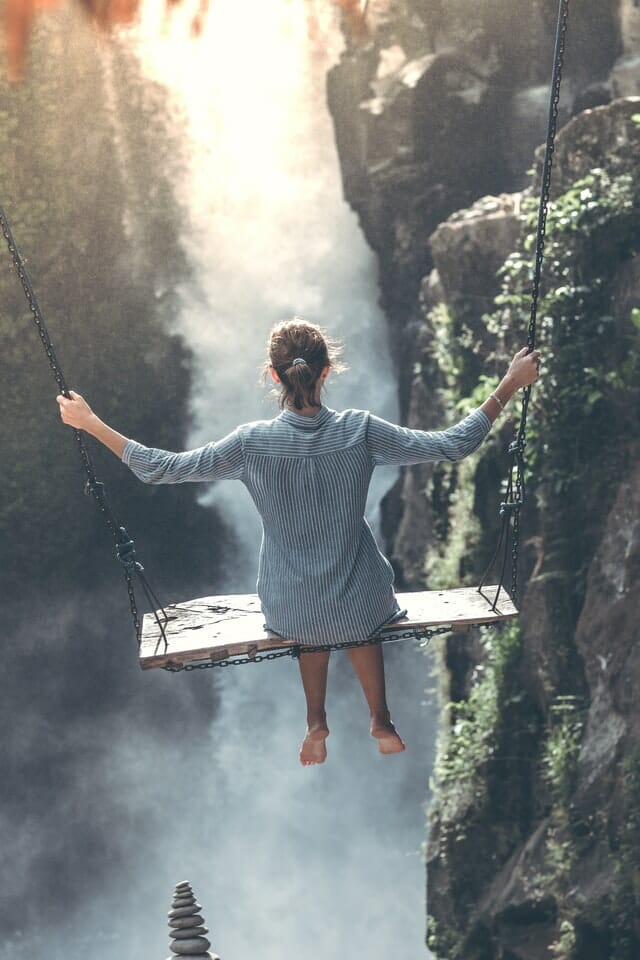 Another advantage of the principle of good enough is that we don’t have to pretend to know what we’re doing. In a VUCA world full of uncertainty, pretending to know anything can easily just be a sign of obliviousness. If a group member holds absolute truth or a frame of right and wrong, it’s a good reason for suspicion more than anything else.

So how can we make a decision when we don’t know for sure what we’re doing? We make educated guesses. How educated our guess has to be so it’s safe enough to consent, that’s a question of risk management and a group judgment call. What’s a small risk you can take — the biggest you are willing to take — that will give you new information?

Way too many times have I been part of groups who want to get to the bottom of things before making a move. Sometimes that’s useful. More often it’s just a rabbit hole. I have made it a habit to refuse to solve problems before they even arise. With good enough for now, sociocracy is inherently lean. Solve what needs solving now, not what might need solving in an unknown future.

In a world of uncertainty, learning — not knowing — becomes the pattern. If there is a problem that needs a decision then make a proposal, address the objections, go for it and learn. The question becomes how far or fast we can move forward without messing things up. Or how much mess can we make before the mess would harm us? Failure is part of the game — it is a contribution to learning. Good enough is a reminder that we’re in it to learn, not to assume perfection.

“Failure is part of the game—it is a contribution to learning.”

Consent is more than a decision-making method

Consent is more than a decision-making method. And sociocracy is more than a governance system. It becomes a way of being, a way to move through the world with open eyes, less judgment and more opportunity to act while learning for next time. It’s humble. It’s playful. And — if we keep our eyes open — it’s effective. 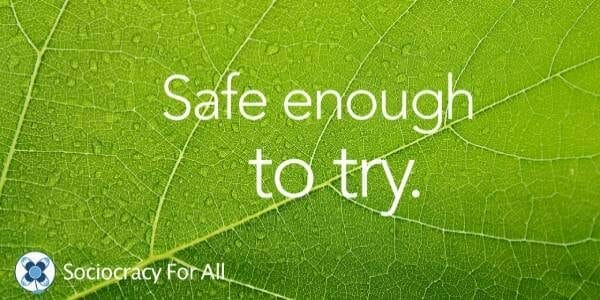 A comparison of decision-making methods