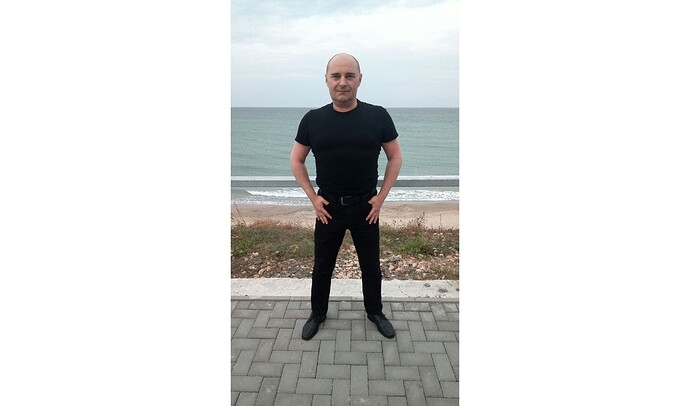 I’ve been warned that if I comment in groups I don’t belong to, people might be confused or even scared …

I don’t think so, but I complied and didn’t comment anymore.

Now the time has come to say something about myself, to avoid possible confusions and fears …

There are many aspects about who I am or what I will become.

It seems important for now to say that … I am “a voice”.

Is there anything simpler and more natural?

Yes, I am a voice that is heard along with the voice of each of you, whether it is expressed verbally, in writing or just in the mental plan, as thoughts.

Is my voice more important than yours?

I really believe that every voice is important and deserves to be heard.

Of course, each voice will be followed, heard and listened depending on the interest of the others, of each individual.

There was a time when I was prevented from expressing myself. Those times have passed and being aware of myself, I started to speak.

How low is the self-esteem of someone who is bothered by someone else’s “voice”?

Besides being a voice, I started my professional career as an engineer in the field of telecommunications.

Later, I became very interested in people, so, by deepening some life aspects, I ended up being a personal optimization counselor, that is, someone you can talk with, being comfortable and inspired to improve what you think is necessary.

Wherever you are on the road of life and whatever “position” you have, you can optimize something.

I am just “a voice”, a voice that matters.

Do you realize that your voice matters as well? Do you use it? Do you make your voice heard? Why?

I would appreciate any feedback from you, in case you have a voice and want other people to hear it.

Your friend,
because I care

p.s. I think you are important, as well, not because other people say so, but simply because “you are”. In fact “we are”, are we?

I’ve been warned that if I comment in groups I don’t belong to, people might be confused or even scared …

I don’t think so, but I complied and didn’t comment anymore.

Excuse me, Adrian, but if that refers to my asking you not to post in Academy 2022 section if you’re not an Academy 2022 member, then I find that you’re adding a big layer of interpretation to my simple request - much more than I am comfortable with. If you want me to explain why I asked you that, please ask, don’t make assumptions. 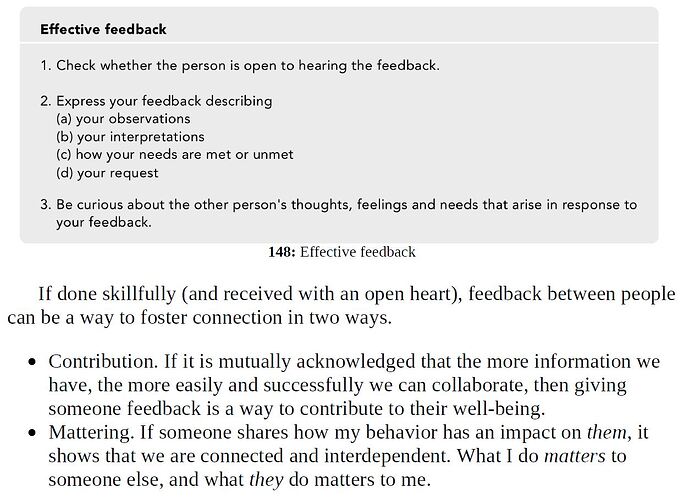 I didn’t quote anybody, but I did speak about a situation I went through. I could mention quotes, if necessary …

The point was not to blame someone, but to present myself as being “a voice”.

There are more of my reflections about this situation, in the email I just sent. Please also note that English is not my native language.

I appreciate the fact that you wanted to clarify.

I invite all those interested to read more words about feedback in the wonderful book “Many Voices One Song”.

What other people do affects how well our needs can be met. This is important feedback for others. In sharing your observations and interpretations, we are sharing what the impact of someone’s actions or words is on us. If we tell other people that they are “wrong” or “mean”, they will probably stop listening.

Instead of saying “you make me upset when you don’t answer the phone”, saying something like “when I try to call and don’t get through, I get upset and anxious when I am not productive when my questions aren’t answered” is more adequate to what happened. In the latter version, the person is talking about their own experience.

Constructive feedback is feedback that

No one has access to absolute truth, thus we strive not to present what we say as absolute truth. What we all do have access to is what we can observe, what we interpret or project (both needs to be marked as such) and what the impact is on us. All of those are data that the other person can work with.

Feedback that can be heard is feedback that is free of blame. Any added layer of blame will cover up the data we want to be known. Making sure that the other person is in a good enough place to receive the feedback is part of that as well. An easy way to do that is to ask something like:

“I am sitting on some judgment here. Are you open to hearing it? And if yes, now or at another time?”

“I have been observing something. I might be wrong but I thought maybe it might help you to hear what I have been thinking. Do want to hear it?”

Keep in mind that although what we say matters, just saying the words will not be enough. Only when it is truly felt, will it be genuine and effective. People have a very fine radar and can sense judgment underneath anything we say, no matter how “nice” our words might be.

Your friend,
because I care

p.s. When I participate in a course being a student, I respect the teacher. In the organization we are colleagues, or not? I respect all my fellows. Thanks.